Ever Wondered How Whisky Casks are Made?

As every whisky lover knows, making a fine and distinguished whisky is a process that’s made up of many, many different parts… and it’s almost impossible to say that any one is more or less important than the other. In order to get those flavours really singing and dancing in the glass and on the palate, so many different factors need to be considered; from the terroir in which the grains are grown, to the quality of the water and air used in the distilling process, and from traditional practices to the full gamut of equipment utilised, and much, much more besides.

While there will be plenty of time for blogs on most – if not all – of those other aspects of whisky craft, and there is doubtless plenty to uncover, learn, and explore about each and every one of them. However, this week, we’re going to focussing on one of the most significant, evocative, and widely misunderstood aspects of whiskymaking of them all: the crafting of casks.

The basic concept of the wooden whisky cask is one which hasn’t really changed much for centuries. However, it’s more than fair to say that the practice of making casks has been gradually-yet-significantly refined over the past few thousand years. That’s not to say it’s been always a smooth upward curve towards perfection; a quick look back through the history books will reveal surprising innovations like the collapsible shipping cask and the cask cleaning machine of 1803… both of which exist now as mere curiosities of the early 19th century whisky industry. Despite such hiccups, cask making today continues to be that rarest of things: a true blend of both art and science.

Casks are made by coopers; craftspeople expert in shaping wood into barrels, who will listen to the specifications and precise requests of a distillery aiming for a specific style, and making the necessary alterations in order to allow the cask to bring out the best characteristics in the spirit. This might, for example, involve a little more charring in order to accentuate certain flavours and encourage certain chemical reactions, or it may involve using certain types of wood, size specifications, or other aspects of their craft. Each decision in crucial, and can and will alter the resulting taste of the whisky. Let’s take a closer look at the various stages of cask crafting, and see how whisky casks are generally made.

Step 1: The Wood is Sourced 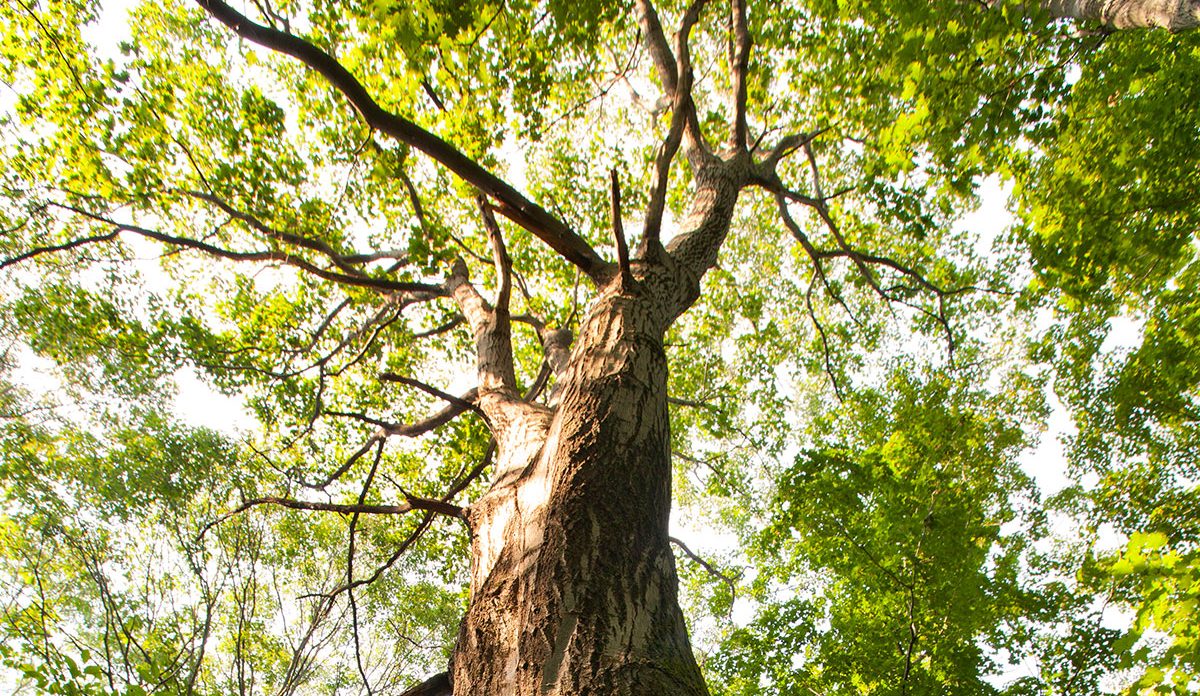 As most of us know, oak is the most widely used wood in cask construction. This isn’t just a matter of tradition; oak is packed full of flavour-imparting chemicals, and because of the way it grows, it allows for the right level of oxidation in the barrel. Most cask makers will insist on the tree being a minimum of 70 years old in order to obtain the right sort of grain, and flavour differences are evident in the country and land on which the oak has grown.

Step 2: The Staves are Cut

The oak logs are cut into very long, thin, and seemingly delicate pieces, which need to dried in the sunshine for several years. This not only reduces the amount of moisture in the wood (necessary for obvious reasons), but also reduces the presence of tannins, which produce a harsh and astringent taste on the palate. Coopers are extremely careful with how the wood is cut, as each tree contains pathways for the flow of nutrients and water, and cutting along such pathways and veins will result in a higher likelihood of leakages. Once dried (known as ‘seasoning’), the planks are cut into staves, which will facilitate the formation of the cask itself.

Step 3: Assembling and Toasting the Skirt

The staves, now cut from seasoned oak, will be fitted together around a single iron hoop. This forms a structure which is known as a skirt, which then can be bent into shape to form the barrel. This is usually done over an open flame, in a process known as toasting. Interestingly, the toasting process isn’t just about forming the correct shape for the cask; it also caramelises the natural sugars inside the oak, and brings out many of the most prominent flavours in the whisky (for example, nuts, caramel, and molasses). Some casks are heavily toasted, others are more lightly processed in this way – it all depends on the wishes of the distiller and the result they are trying to achieve.

Step 4: The Hoops Are Fitted

Once the toasting is complete and the skirt has been formed into the correct shape, another set of metal hoops are added to the barrel, which gives us the distinctive cask shape. The hoops allow continuous pressure to pass through the wood, which ensures the barrels maintain their form. Now, here’s where casks heading for the Sherry and Wine cellars of the world start to differ from those heading stateside for Bourbon distillation and aging. Wine barrels won’t be further processed after toasting. However, Bourbon is legally required to be aged in newly charred barrels made from American White Oak – and this requires another process of charring in order to achieve the desired effect and style. This further charring process creates a fine layer of carbon and ash in the cask, which acts as a filter for impurities in the whisky. 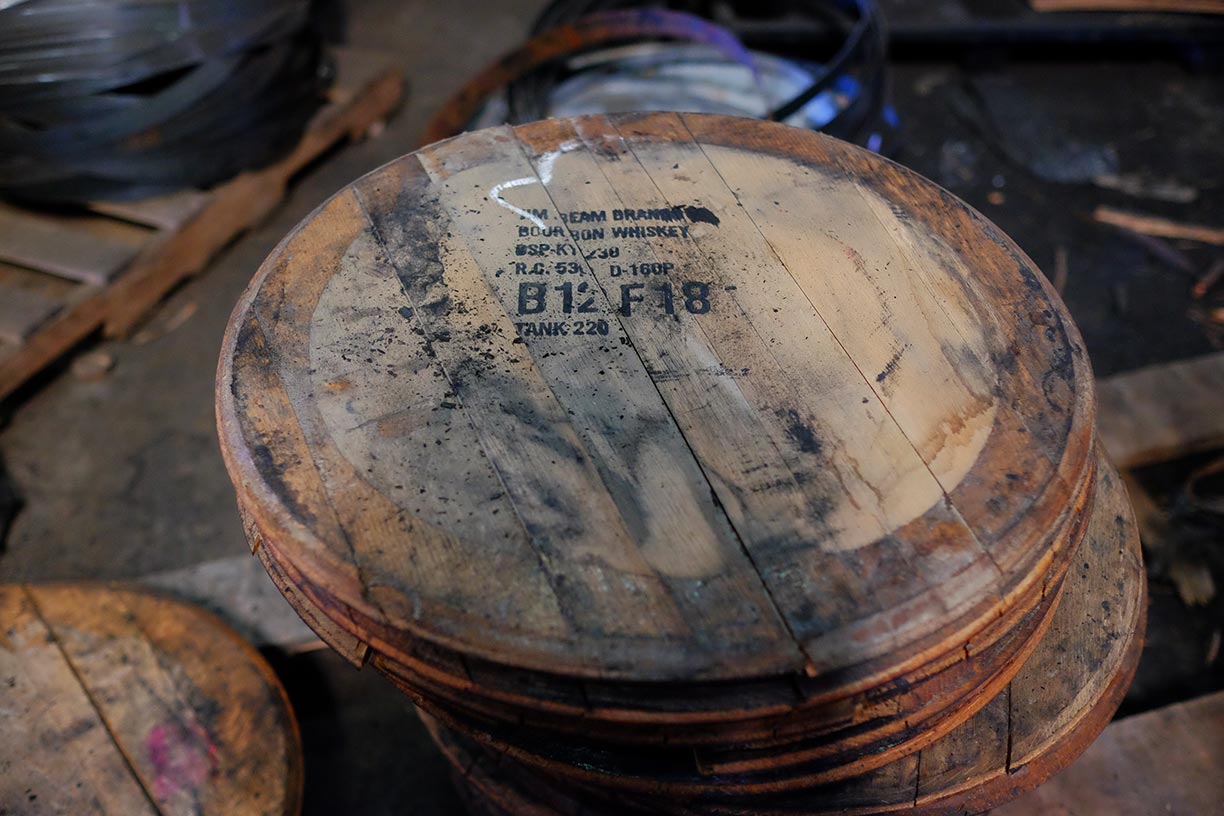 At the end of the cooperage process, the cask heads (yes, those are the bits on either end of the barrel) are applied and sealed. A bunghole will be drilled in the cask in order for the whisky to be added, and then the final hoops will be fitted. Once all of this is completed, the finished cask is ready to be filled up with brand new whisky… before bundled away for a minimum of three years for the real magic to start happening within.

There it is – the six stages of cask making. Let’s raise a glass to the master craftspeople who dedicate years and decades to making these incredible objects, and without whom, there’d be no whisky at all. Here’s to the coopers!

Five Armenian Brandy Cocktails You Simply Have to Try

As Armenian brandy continues to extend its reach and influence all over the world, and as spirits enthusiasts across the globe continue to fall in love with this exceptional drink,…

The Five Essential Drinks of NYE

Well, that's it, folks; 2019 is almost over and done with, and there's a brand new year just waiting on the horizon, packed full of promise, hopefulness, and (if we're…