The drinks scene of Ireland is famed all across the world, and the Irish themselves are (not unfairly) known for enjoying a decent tipple or two. However, ask the average man in the street about Irish alcohol, and the chances are they’ll be able to talk about ‘the black stuff’, name a couple of famous Irish whiskey brands… and that’s about it.

Of course, the reality is that the Irish drinks scene is far more complex and varied than consisting of just Guinness and Jamesons. With hundreds and thousands of years of drinks history, and an alcohol scene which never fails to throw up surprises and delights, the Irish alcohol scene never stops evolving, and never stops delighting. Let’s dive right into the world of Irish alcohol beyond the obvious, and uncover some treasures from the emerald isle just waiting to be explored. Enjoy!

There’s no getting away from the fact that on the face of it, milk gin sounds pretty horrendous. However, the reality of this unusual Irish drink is one which isn’t only rich in history and tradition, but which also packs in a wealth of fascinating flavours and enticing aromas. Milk gin isn’t actually made from milk, but rather from alcohol distilled from whey – the liquid which is separated from the curds used in the cheesemaking process. The result? An exceptionally smooth spirit, which carries a distinctive sharpness and creaminess that’s really difficult to put your finger on.

Distilleries like the brilliantly-named ‘Bertha’s Revenge’ have popularised this traditional spirit in Dublin and elsewhere on the Emerald Isle, and infuse their gin with a range of locally-foraged botanicals. With the gin boom exploding across the globe, we wouldn’t be surprised if we started seeing Irish milk gin popping up in trendy bars stateside before too long… 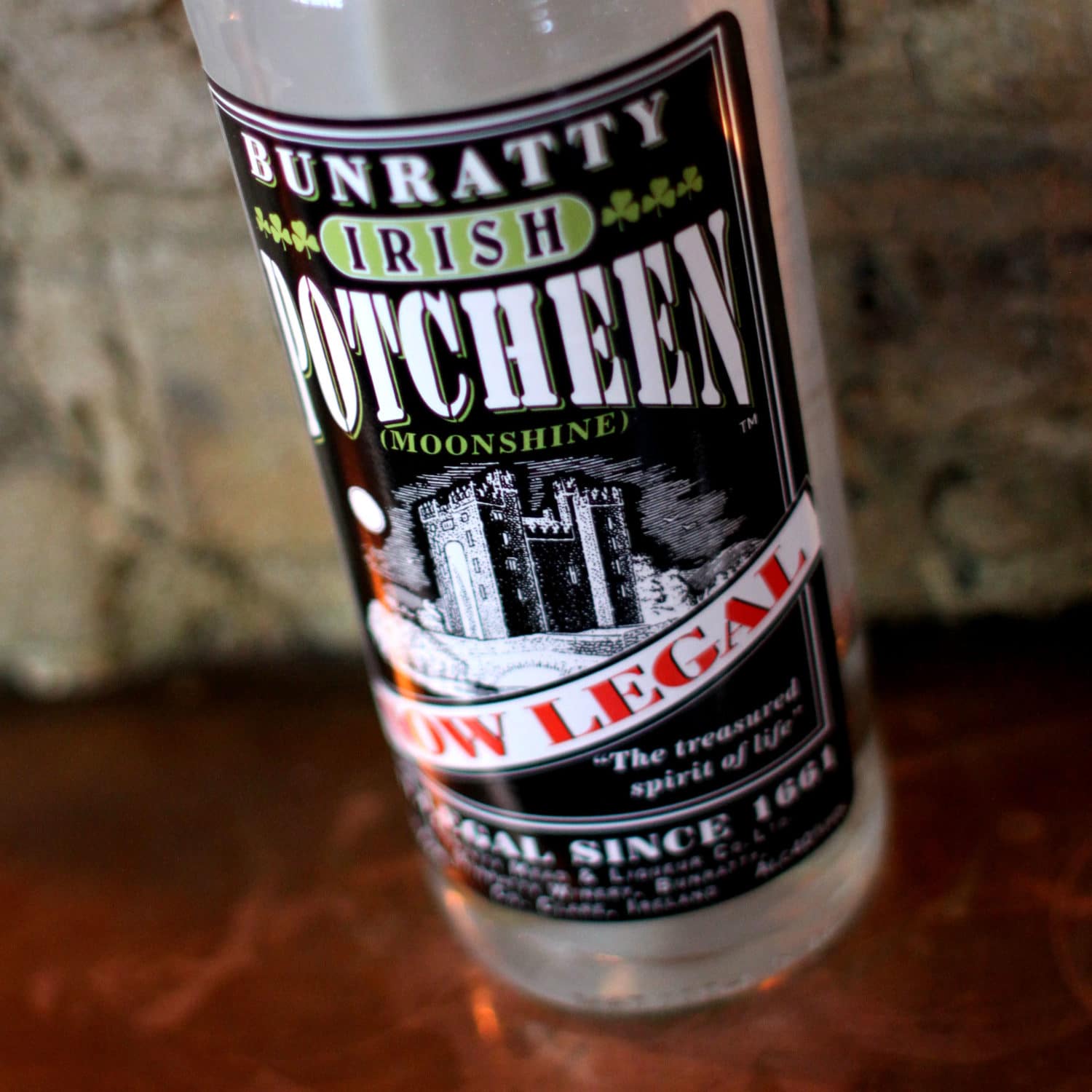 Now we’re talking. Potcheen is one of those drinks which every country seems to have a version of in some form or another; it’s a blisteringly strong moonshine, made from fermented potato peelings, and popular as either a traditional tipple enjoyed by the country’s more hardcore drinkers, as well as being seen as something of a rite of passage for young drinkers looking to push the boat out and challenge their palate.

Is it pleasant? Not particularly… but that’s almost beside the point. Potcheen is a national icon, and a cultural reminder of the hardiness and ingenuity of the Irish, getting by as best they could in more difficult points in history. It’s probably worth trying a shot if you’re ever in the Emerald Isle, if for no other reason than to say that you gave it a whirl. Who knows where the night will take you from that point onwards! Gin may be in right now, but it’s been something of an obsession for the Irish for two centuries, and the popularity of this ubiquitous spirit shows no sign of slowing down. Gin pops up all throughout Irish history and literature: Beckett wrote about it, James Joyce was reportedly a dedicated gin fan, and Oscar Wilde was rarely seen without a glass of Mother’s Ruin in his hand.

Today, there are more Irish Gin distilleries than you can shake a twig of juniper at, and there’s an incredible range and sense of creativity and innovation surrounding the scene in Dublin and beyond. With distilleries experimenting with local and exotic botanicals, and producing gins which both suit the modern palate and recognise an impressive and colourful history, there’s a huge array of styles and flavours to choose from. From the traditional to the experimental, and from time-honoured brands to trendy start-ups, there really is an Irish gin for everyone!

In such a green and pleasant land, typified by rolling verdant hillsides and crystal springs, it comes as no real surprise that there’s no shortage of apple and pear orchards dotted all across Ireland. Wherever you find a glut of orchard fruits, you’re going to find a rich tradition of alcohol production… and Irish cider is one of the biggest success stories on the international drinks scene of the past ten years or so.

Alongside major brands like Magner and Bulmers – which specialise in fizzy, light, and fruity ciders perfect for sipping on sunny afternoons – there’s also a brilliant range of craft producers, working with traditional recipes and taking inspiration from both Scandinavian and West-Country English ciders. When it comes to thirst-quenching tipples which make a fantastic alternative to your everyday beers and lagers, Irish cider really knows how to hit the right notes. 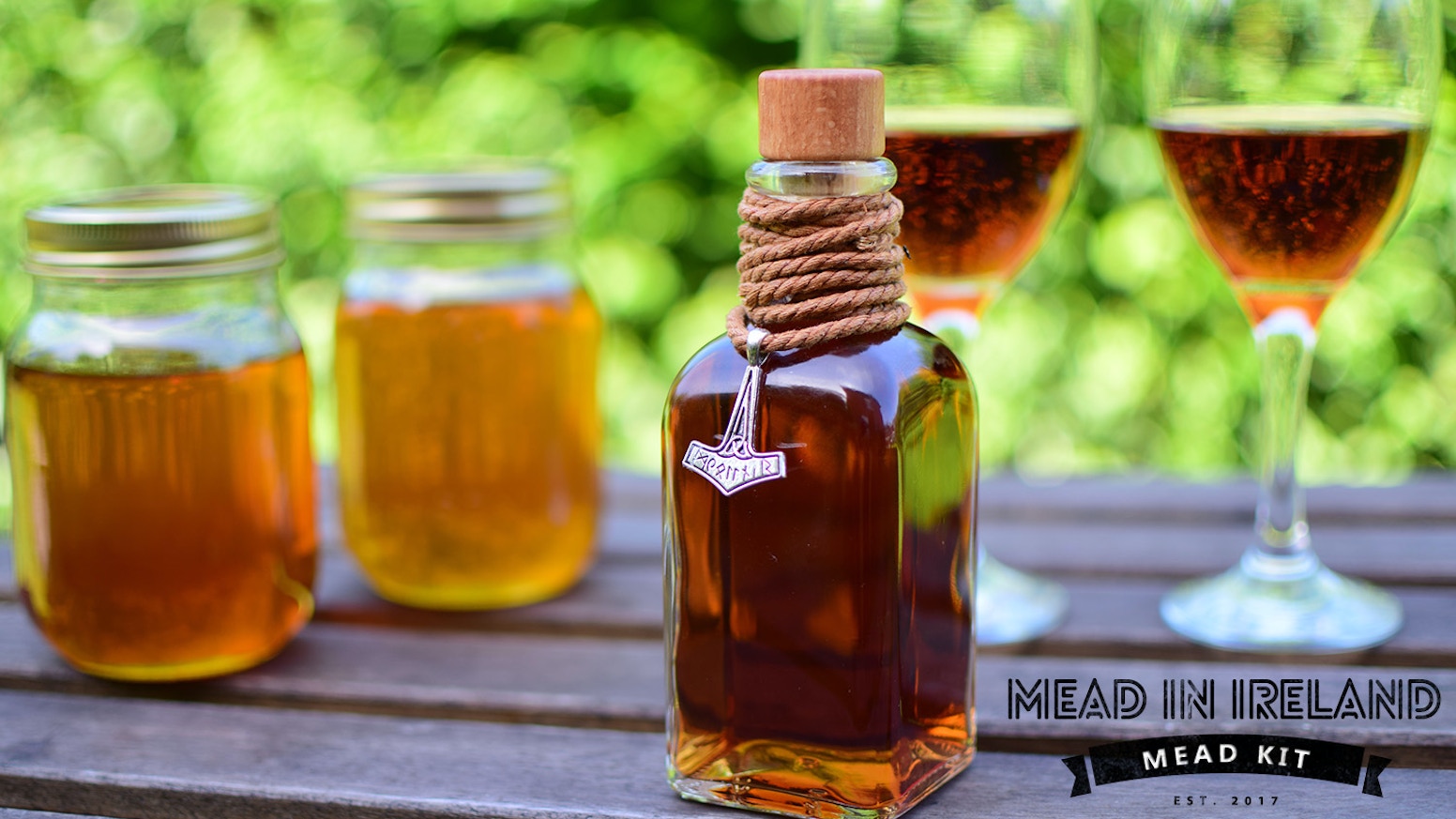 If you were to travel back in time a few hundred years and headed to Ireland, you’d find a wild land, populated by Celtic tribes, marauding Vikings, rampaging Saxons… and not a drop of Guinness in sight. The drink of Medieval Ireland was Mead: an intoxicating, sweet, syrupy honey wine, made using spices brought to the emerald isle by Viking explorers, and honey gathered from the dense forests which covered this fascinating land. While mead production diminished throughout the 20th century, there has been a recent resurgence in interest in this delicious and historic drink, and it has been fascinating to see it capture the public imagination once more.

Contemporary Irish meads celebrate a simplicity and directness, and possess a sense of terroir which is comparable to fine French wines, due to the distinct charactristics of the local honeys used in their production. Utterly delicious, and completely unique, they’re a real treat that is to be savoured and enjoyed from the first sip to the last. We’re all familiar with Baileys – the pervasive cream liqueur which became a global hit in the 80’s, and which remains popular at Christmas parties to this day. However, there is far more to Irish cream liqueurs (as you might expect) than this famous brand, and there is a surprising range of flavours, styles, and producers out there connected to this rather divisive category of drinks.

The best Irish cream liqueurs are those which make the most of the incredible quality of this drink’s two principal ingredients: Irish dairy cream, and smooth Irish whiskey. Ireland’s dairies are famed throughout the world for the excellence of their produce, and the whiskey distilleries of Ireland have a reputation which is entirely their own. Put the two together, and the results can be nothing short of spectacular (and perhaps a world away from the dominant brands associated with cream liqueur!) – delectable, elegant, and incredibly moreish.

That’s it – six incredible Irish drinks which aren’t Guinness or Whiskey, perfect for exploring on St. Patrick’s Day, or during your next visit to this beautiful, ancient, and fascinating country.

To ‘E’ or Not to ‘E’ – What’s the Difference Between Irish Whiskey and Scotch?

The world of whisky is an ever-changing one, and every year, it seems as though yet another country enters the global whisky scene. It’s been a long time now since…

A Sneak Peak of the Nth 2019 High Roller Super Pours

In this year's Nth 2019, our High Rollers get to experience exclusive master classes and super pours of fine-premium, rare and unique whiskies and spirits. Learn more about the history…