Fine spirits fans, prepare to charge your glasses and whet your appetite for taste sensations unlike any other: Nth 2019 is almost upon us, and it promises to be the world’s greatest showcase of top-notch whiskies and unbeatable spirits, delivered in flawless Las Vegas style. While there will be no shortage of highlights to the event – including workshops and talks from some of the shining stars of the spirits world – it’s the Super Pours which are sure to get everyone talking, as these will be your chance to get up-close-and-personal with some truly phenomenal examples of the ancient and esteemed art of distillation.

The Super Pours at Nth 2019 have been specially selected to demonstrate the full and extraordinary breadth of the fine spirits world in the present day, and to allow dedicated whisky and spirits fans the opportunity to become acquainted with legendary drinks of the past and present. Here are just five of the bottles we’ll see being uncorked, and which simply cannot be missed!

It’s hard not to get excited by the top-end releases from That Boutique-y Whisky Co. With their stark and inventive bottle designs, their dedication to seek out the very best of the best when it comes to fine whisky, and their unusual and secretive approach when it comes to sourcing, they’ve brought a fresh-faced vitality to the whisky scene in recent years. It’s not every day you get the chance to try a 50 year old spirit of any sort, and blended whiskies of such heritage and age are even rarer… which makes this particular (and particularly mysterious) bottle from TBWC a surefire draw at Nth 2019.

What to expect from this sumptuous blended whisky? A masterwork of roundedness and blending perfection. Everything about this whisky is perfectly balanced, and one can get a real sense of what half a century of aging can do when it comes to bringing together disparate notes in the bottle, resulting in a whisky which is far more than the sum of its parts. Decadent, luxurious, and utterly elegant, this whisky bursts with notes of dark chocolate, black cherry tobacco, and treacle… and it’s guaranteed to make a significant impression on all who come across it.

The term ‘cult following’ is one which has been somewhat diluted in the whisky world over the past decade or so, as more than a handful of distilleries – riding high on new trends or Insta-friendly fashion shoots – have claimed to have such a thing. However, when it comes to the Balvenie Tun series, it’s hard to describe its appeal in any other way. With each release typically selling out in a matter of days, and with a huge fan base all around the world, the Balvenie Tun bottles really are a phenomenon on the whisky scene, and not without good reason.

The Tun 1509 release first hit the shelves in 2014 (following on from the instant sell-out of the Tun 1402), and was the result of visionary Whisky Master David Stewart letting his creative streak run riot, and lead to a whisky which was and is more than worthy of the hype. It’s an amalgamation of several whiskies of various strengths, ages, and styles (although nothing younger than 22 years), brought together in a marrying tun, where they become a fascinating expression of everything The Balvenie stands for. The 1509 Tun consists of no fewer than 32 casks – 23 traditional American oak barrels, seven European oak sherry butts, and two sherry hogsheads – which has led to a whisky which explodes with fruit character, floral distinction, and vanilla and spice. Truly unforgettable!

A genuinely fine and beautifully made Cognac is simply impossible to resist, but how often have you come across an example of this quintessentially French spirit which truly stands head and shoulders above the competition? The Nth 2019 will allow drinkers to sample Camus Extra Elegance, arguably one of the finest Cognacs on the market today, and the result of generations of expertise and diligence working with some of the most enviable grapevines and terroirs on Earth.

Cognac masters will always claim that the essence of a truly legendary Cognac always comes down to the nature of the soil, the spirit of the land, and that indescribable sense of time and place which makes fine French wines and spirits so utterly special. The Camus Extra Cognacs owe their unbeatable characteristics to the Grande Champagne, Petite Champagne, and Borderies appellations on which their grapes are grown, and the meticulous attention to detail applied to the creation of the eaux-des-vies within each bottle. The results really do speak for themselves: a glass of Camus Extra will take you on a journey to the heart of what makes Cognac the world’s greatest grape-based spirit, exploding on the palate with notes of tobacco, leather, rancio, and deeply floral characteristics.

We’re all familiar with The Last Drop as purveyors of fine whisky, and as such, it came as something of a surprise when it was announced that this label was to release a Port wine which they claimed was every bit as sumptuous and elegant as their usual output (it also speaks volumes about the changing status of Port within the drinks world in the 21st century).

However, The Last Drop 1870 Port – one half of their Centenario range, which spans 100 years of high-end Port production – was by no means a typical example of Portugal’s greatest export. Firstly, there’s the age of this bottle, which packs in almost a hundred and fifty years of history, and allows incredible subtleties to come forth on the palate and the nose. Secondly, there’s the pedigree behind it, having come from the de Zeller family winery in Douro, which remains one of the greatest names in Port production to this day. As soon as this bottle in uncorked, expect gasps of wonder and admiration to fill the room at Nth 2019: you’ll be struck first by aromas of rosemary, toffee, figs, honeysuckle, molasses, and more. One the tongue, layer upon layer of spice and honeyed sweetness is held in a gently viscous tawny liquid… it really is a drink for the gods, and something to be truly savoured and appreciated. 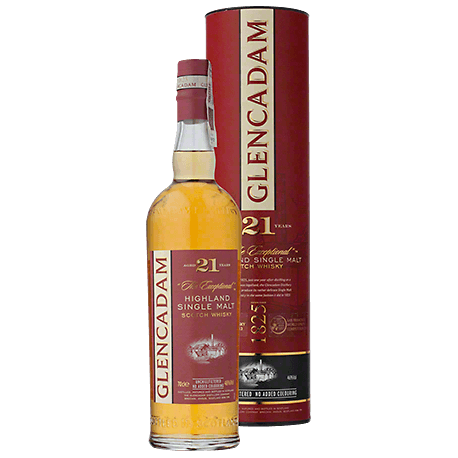 The Scottish Highlands is a wild and windy part of the world, where the mountainous beauty of the landscape is met with a sense of sheer wilderness and isolation. In such places, solace is to be found in a dram of high-end Single Malt Scotch Whisky, and Glencadam has – for almost two hundred years – been one of the most highly appreciated and sought-after distilleries producing this glorious spirit.

The Glencadam 21yo is a fantastic example of everything this wonderful brand does so well: it truly captures a sense of that wilderness and inaccessibility, of that history and pride in excellence, and of those glacial mountain waters and crisp highland air. With relatively little changing within the Glencadam distillery since the beginning of the 19th century, it’s hard to find a more traditional Scotch release than this one, and that’s a major element of this whisky’s charm and appeal: it’s a Scotch for real Scotch lovers, free from complications, yet by no means short of complexity and character. As one might expect from a top-quality Highland Single Malt, this whisky has plenty of floral and citrus notes on the nose. On the palate, however, there are plenty of surprises in store – not least that irresistible underlying pepperiness and touch of candied peel, with a big oaky vanilla finish.